FlowForma addressed construction site challenges and put the A14 Integrated Delivery Team on the road to process improvements and better governance.

Integration with a GIS (Geographic Information System) platform will make mapping processes more efficient; and there are plans to extend  FlowForma Process Automation into other areas of business.

The A14 Cambridge to Huntingdon Improvement Scheme is the largest road construction project in the UK, a £1.5bn joint venture between Costain, Skanska and Balfour Beatty. From the outset, the project faced the same logistical challenges around business processes that all site-based work must deal with. Three on-site compounds were quickly connected with fibre broadband by the A14 Integrated Delivery Team (IDT), enabling some sharing of spreadsheets and other information over email.

But there were still approval processes that depended on printing out and physically sharing documents to get them signed off. With a huge volume of paper in the system, documents inevitably got lost and mistakes were made. IT Manager, James Morgan, was determined to do something about it.

“The adoption of IT is quite poor in construction. We still rely on a lot of paper-based processes, people having to meet face-to-face and share documents to get things done,” he explained. He had very clear ideas about the solution. “One of our mantras in IT is about having a single source of truth around data. I wanted to centralize and standardize data across projects, ensuring a consistency – you have to make sure that an apple is an apple to everybody involved,” he explained.

James went looking for an automated workflow solution that could remove the dependency on paper-based processes and give the joint venture project the single source of truth he was looking for. He was considering several products when he came across FlowForma Process Automation on Microsoft App Source (formally known as App Store). The decision was easy, because FlowForma Process Automation addressed all three of his priorities: it was built on the SharePoint platform, requires no coding skills, and represents excellent value for money.

Microsoft Office 365® and Microsoft SharePoint® are cloud applications commonly used by construction teams, so the look and feel of FlowForma Process Automation was immediately familiar to users. James Morgan liked the platform – he had already used SharePoint for a Material Requisition process, but needed more functionality to deliver the workflows he wanted.

No code was important because it supported a plan to make workflows less IT-centric and enable the wider business to build their own processes. The value proposition was helped because FlowForma Process Automation’s tight integration with Microsoft meant existing Microsoft investments were maximized. Because it’s a cloud service, it’s easily accessed over mobile devices, which was also important to A14 IDT. It operates a Bring Your Own Device policy, which FlowForma Process Automation is able to support with Android and iOS compatibility.

To get fully up to speed, James Morgan took advantage of FlowForma SureStart, a four-step onboarding program. He also had direct support from FlowForma’s Customer Success team that would walk him through all he needed to know. Once he was familiar with its logic, he was soon developing his own “flows”. To date, James has developed 24 flows, primarily electronic forms that overcome the challenge of bringing together disparate teams of six or seven stakeholders to sign-off on requests.

The ‘Permit to Dig’ process is typically an approval request procedure that used to involve downloading a document, filling it in, and sharing it with the team. In FlowForma Process Automation it’s become an automated electronic process. Another one was the Site Visit Request form, which needed to author VIP site tours that take place every week. It’s essentially a scheduling process with multiple components that need to be coordinated, from drivers and vehicles to the timing of each stop. All of this is now done seamlessly in FlowForma Process Automation. Other processes included Joiners and Leavers, Labour Request and the Material Requisition form that was originally built on SharePoint. Moving it to FlowForma Process Automation has provided a lot more functionality and increased its efficiency. James’s IT team has also introduced its own Project Requests form to ensure new initiatives can be properly assessed and aligned to business strategies.

The collective impact of FlowForma Process Automation has saved A14 IDT days in time by automating processes and cutting down on paperwork. “You can complete processes much quicker and with mobile access you’re enabling people in the field to work on forms from anywhere – you’re not waiting for someone to get back to their desks,” he said.

Increased efficiency is one benefit; another is better governance. At the end of a project, field teams are expected to hand over all of the data around its processes, providing an accurate audit trail of everything that happened. “Using FlowForma Process Automation, we can generate PDFs of the forms and push them through to our document control and records management people. It saves a lot of time, instead of having to find paperwork and scan it,” he said.

Another plan is to integrate FlowForma Process Automation with its GIS (Geographic Information System) platform. By connecting the two and keeping both sets of data in one place, mapping processes will become much more efficient. FlowForma has also shown its flexibility in the way it addresses specific needs of the construction sector, not least the challenges that inevitably come with joint ventures. “With different companies working together, there can be some arguments over whose processes are used,” explained James. “Using FlowForma Process Automation enabled us to draw a line in the sand and say, ‘this is the A14 process that we will use moving forward’. It guarantees consistency.”

Summing up, he said the ability to rapidly deploy multiple processes has been key to successful adoption. He also praised the way support has always been readily available. “It’s been a good vendor experience,” he commented. “FlowForma have been quick to respond to any queries and they are genuinely interested in our business.” 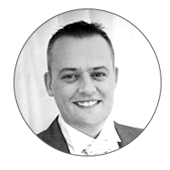 "We looked at Nintex and K2, from our point, they were cost prohibitive. We didn’t feel that we would be going down the no code route and still would need a lot of influence and support from IT, so we didn’t want to pursue that.

We looked at PowerApps, which again didn’t really fit the bill. Some features seemed quite good, but once we dived into it a bit more, it became quite evident we were going to need to have skills around accessing APIs and doing a bit of Java. 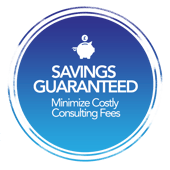