FlowForma Process Automation cuts through the complexity around construction site processes and integrates with other systems and solutions to advance digital transformation.

As well as developing more workflows, there’s a plan to have more automation in existing processes, to continue to refine and simplify until a flow like timesheets is entirely automated.

Downer is New Zealand’s leading engineering, infrastructure management, and construction services provider with over 10,000 employees working out of 120 locations across the country. The company’s work involves maintaining and renewing vital infrastructure assets, focused on three sectors: transport, utilities, and facilities.

Karl Henderson, Digital Engineering Lead in the transport division, was looking at ways to improve processes around the firm’s construction sites. To put data collection and analysis at the center of the business, he wanted to remove excess paperwork and capture data as effectively in construction as other parts of the business.“We needed a platform that we could use to simplify processes and avoid the bottleneck of engineers having to visit the site office to get something signed off,” he said. The plan was to reduce manual error, which led to wrong cost codes being entered, delays in getting materials on site and struggles to keep up with safety requirements.

Microsoft SharePoint, Power Apps, and a GIS (Geographic Information System) application had been used with limited success. A solution was needed that could integrate and enhance existing tools and include subcontractors in a variety of public-facing processes. FlowForma Process Automation proved to be the perfect fit, a no code solution that was easy to use while being adept at integration with different systems for sophisticated workflows.

Downer uses FlowForma Process Automation to push information to a connected workforce via handheld devices, giving people the information they need, when they need it, to make decisions more quickly. As well as automating time-consuming processes, it allows the business to collect insights to inform future strategies.

A Permit to Dig flow was one of the first to be developed. Before FlowForma Process Automation, an engineer would have to fill out a paper form with utility drawings that had to be reviewed by three different people before sign-off allowed the dig to commence. Now, a digital form is integrated with Downer’s survey and mapping applications, making light work of defining and visualizing the area of the dig.

The automated process ends by generating one PDF for the permit and another for the area it covers. “It allows us to visualize all the permits on the platform using both the GIS and FlowForma Process Automation tools. It’s been a real game changer for the way we work,” said Karl Henderson.

The most used flow is the Automated Purchase Order process, which digitized over 2,000 PO requests in the first six months after its launch. “Being able to raise a PO on site is not something we’d had before. We used to have to go back to the office to do it,” he explained. Dynamic dropdowns of cost codes and work packs make it easier for engineers to select the right ones. More efficient than a manual process, it also generates data that helps with cost control. The Daily Job Record & Timesheets form must be completed by every subcontractor. In digitizing the process, Downer took the opportunity to incorporate other functionality in the flow, like making sure workers have had the right safety training to be allowed on site. If there are gaps, they will be pointed toward a training course.

A sign-in/sign-out Power App integrates with FlowForma Process Automation and logs hours worked in SharePoint. Once the head engineer has approved the pay rate, it’s pushed through to another SharePoint list that creates an automated invoice which is emailed to each subcontractor. “It’s still a work in progress,” said Henderson. “We’re now working on linking it back to the PO process, but it’s already improving the way we work.”

Another goal was to be able to upload project photos and enter project metadata to achieve much better site visualizations. The Photo Uploader solution neatly integrates FlowForma Process Automation with Power Automate and GIS. Images and metadata data are pushed through SharePoint where an ArcGIS platform uses AI to geolocate photos across the project and tag them with descriptive names.

The use of FlowForma Process Automation has simplified construction site management and improved health and safety, according to Karl Henderson, while advancing Downer’s digital transformation strategy. “It’s reducing admin time for site staff, for finance staff, my team, and survey teams,” he said. “Everyone is following a process rather than responding to ad hoc requests for information. It’s also improved the quality of documentation, which is a key one for us.”

Making three or four processes part of a single workflow has been a big win, with the dynamic functionality in FlowForma Process Automation allowing flows to span integrated applications. One example is the way the GIS platform integrates with forms to visualize safety issues in a site area, all through one system, providing a ‘single source of truth’.

Henderson praised its build simplicity, with non-technical people able to put together a digitized form in an hour. “Being able to do their own processes has helped with user adoption. I’ve really enjoyed bringing the different teams along for the ride because it’s such an easy platform to use,” he said. 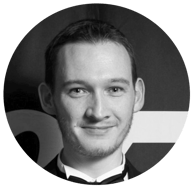 “We’re going to use FlowForma on all our projects. It makes my job much easier and saves a lot of time. The only limitation is your own imagination; it can pretty much achieve anything.”