Initially deployed to solve an HR process problem, FlowForma Process Automation® has gone on to become a key tool for increasing efficiencies across Eurofound. 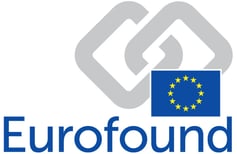 Dublin-based Eurofound is a European Union agency that provides research and knowledge in the area of social and work-related policies for the improvement of living and working conditions.Like every organization, the agency is constantly evaluating business processes to increase efficiencies and save money. Following significant EU changes to the way employers assess employees, Systems Analyst David Pritchard was particularly focused on internal HR review procedures. A Business Process Management (BPM) tool was needed to support an HR team of six people and a workforce of 110.

Compounding the need to meet new regulatory requirements were issues around the application Eurofound had been using for electronic forms. Not only was the Microsoft InfoPath® software being discontinued, its limited features struggled to deliver the workflow functionality that the agency was looking for.

Dave Pritchard considered a number of options before going with FlowForma Process Automation. “We had two things happening. We had uncertainty around the product we had been using and needed to make significant changes to the HR process, which more or less made the decision for me that it was time to rebuild it from scratch,” he explained. “When I got a demo of FlowForma Process Automation I quickly saw how powerful it was and how easy it would be to automate the HR workflow. It was perfect timing to make a clean break and rebuild the entire process.”

Eurofound is a Microsoft house that has made SharePoint® the central pillar of its internal application development. FlowForma Process Automation is a natural fit, built from the ground up to integrate with the SharePoint platform, but it was a combination of features, ease-of-use, and price that made it Eurofound’s preferred solution.

The company’s Human Resource Development Plan (HRDP) that prompted the FlowForma Process Automation investment is a complex employee review process that takes place over a year. Involving everyone in the company and steered by each staff member’s reporting officer, it’s a way of assessing job performance and making sure people are aligned to core company values.

After some initial training from the FlowForma team, Pritchard took just a week to build a solution aligned to the intricacies of the HRDP, involving multiple stakeholders, forms going back and forward, and an appeals process that needed to be incorporated into the workflow.

Adopting FlowForma Process Automation has been a double win for Eurofound. As Dave Pritchard addressed the immediate HRDP requirements he was familiarizing himself with an application that he now uses at every opportunity. “It’s got to the point where FlowForma Process Automation has strategic importance to the organization for driving efficiency and freeing up staff time to do other work.” he said.

Eurofound is now on version five of the software and Pritchard has seen tangible improvements. “We’ve grown together.” he said.“ It can handle a lot more complexity and it’s got a lot easier to build a process. I haven’t really done any hard-core programming for a couple of years, but with a tool like FlowForma Process Automation I don’t need to.”

This matters for a research organization where the drive is always to disseminate information as quickly as possible rather than wrestle with software and technology. “A tool like FlowForma Process Automation is the link between IT and the business. I can find out what the business requirements are, then use FlowForma Process Automation to come up with a solution without having to get any extra help,” he explained. “Now that it’s embedded in the organization, I can only see us going from strength to strength.”

Eurofound has a roadmap with between 5-10 processes identified for workflow automation using FlowForma Process Automation:

2017 is going be the year of FlowForma Process Automation in Eurofound, because FlowForma is the best tool we currently have to build electronic workflows” said Pritchard. “It can take as little as half a day to set something up, so I’m always looking at new ways to maximize the investment.”

The BPM solutions are benefitting the agency in many ways, meeting the needs of regulators and auditors who want more formalized processes in place, and advancing top line strategies around replacing paper trails with electronic workflow that increases efficiency.

“The beauty of something like the training request form is that HR will no longer have to enter reams of paper documents into a database or spreadsheet to provide metrics on how much training has been requested. I do it in FlowForma Process Automation and export the data into a list or build a report for them,” he explained.

FlowForma Process Automation can also export flows as XML files which makes it easy to share processes, furthering opportunities for inter-agency co-operation that is strongly encouraged in the EU. “They’d have 80-90% of the process built for them with just a few clicks. Some of the agencies would have ten times the staff we have, so you can imagine how much efficiency that would bring,” he said.

FlowForma as a company has also impressed David Pritchard. “I’ve found them great to work with. They have an excellent product that’s enhancing all the time. You give them feedback and then see improvements in the next iteration,” he said. “I think it’s essential for an organization of our size with a limited IT budget to be able to look at a process and know you have a tool that can automate it.” 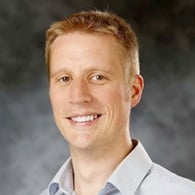 "We rebuilt a process in around a week, as opposed to the month we would have needed with the old application – that’s a 75% efficiency improvement – and we’ve ended up with something much better than what we had before.

2017 is going be the year of FlowForma Process Automation in Eurofound, because FlowForma is the best tool we currently have to build electronic workflows. It can take as little as half a day to set something up, so I’m always looking at new ways to maximize the investment.”