FlowForma® Process Automation enabled Vestergaard to bring transparency and completeness to a complex contract lifecycle where compliance is critical.

A global health company dedicated to improving the well-being of vulnerable people in developing countries, Vestergaard delivers game-changing solutions that save lives. More than one billion people have benefited from its bed nets alone, which have contributed to the reduction in deaths from malaria. Most of the 120 employees work across several geographies including Switzerland (where it is headquartered), Kenya, Vietnam, India, and the US.

With no structured workflow to a third-party contract lifecycle that spans finance, legal, compliance and sales, mailboxes were full of duplicate attachments, including draft contracts and final contracts. It was difficult to ascertain if all the right actions had been taken or if all the right people were copied.

There were considerable delays and confusion in concluding contracts and the process was not always compliant with internal procedures. When Sergio Ferraz joined the company as Head of Internal Audit and Compliance, he saw a process ripe for improvement.

“It was very difficult and time consuming establishing the status of a particular contract, so there was clearly a need to have a workflow that would make the process more transparent and efficient,” he said.

The company had already tried to introduce a solution using the Microsoft SharePoint® platform as a repository for contracts, but it was too rigid and difficult to customize. Looking to leverage the investment already made in SharePoint, Sergio Ferraz began looking for another compatible solution. The FlowForma Process Automation tool came to his attention and immediately impressed him with its potential capabilities.

Sergio Ferraz essentially trained himself to use the application, occasionally sharing screens over Skype with the FlowForma team, when he needed help. A few months after he began using it, Vestergaard went live with an automated “flow” that manages contract requests for some of their third-parties (e.g. Distributors and Agents).

Four different groups work on the contract lifecycle – finance, legal, compliance, and sales – each responsible for one or several of the 10-step workflow captured in FlowForma Process Automation. The flow spans the entire contract term, from establishing the initial agreement to when a decision is made to either renew or terminate the contract.

Sales start the process, putting together the basic third-party information and reason to choose it, which then goes to the business unit Managing Director for approval. If and when the request to have a new contract is approved, Compliance performs the necessary compliance checks, ensuring that all relevant supporting documents are attached to the flow.

Next, the request goes back to Sales to input the key information needed to include in the contract draft and attach the draft to the flow. The draft contract is maintained in Word outside of FlowForma. From here, Legal and Sales work together to finalize the draft contract before it is ready to be signed as a PDF document.

Subsequent steps are to make sure that a final and fully executed contract is signed by both parties and attached to the flow, and that proper Compliance training is given to the third party, attaching supporting documentation to the flow as well. Compliance does the final check to make sure all the prior steps have been properly executed, all inputs are correct, and all required documents have been attached to the request in the different steps.

The FlowForma Process Automation, cloud-based software is accessed by Vestergaard employees all across the globe, including Sales people and their Managing Director when traveling, through their Company SharePoint-based intranet.

FlowForma Process Automation has transformed a complex manual process into a seamless and transparent workflow process. As well as being more efficient, it satisfies the company’s need for a compliant and transparent trail of the third-party contracts and the due diligences done before fully executing them.

“Compared to other tools I’ve used, FlowForma Process Automation is so flexible that you can literally do anything you want for your business,” said Sergio Ferraz. “The efficiency it has brought to the operational part of managing a contract has been very important. It helped us gain time for sure, but transparency, completeness, and accountability have been the main benefits. It’s a fantastic tool.”

On a more personal level, the ease with which users can quickly become skilled at creating flows was important to Sergio Ferraz, who drove the project single-handedly from the outset. He had praise not just for the application but also for the team behind it.

“All the FlowForma people I deal with are really enthusiastic about the tool, very knowledgeable, and willing to help us,” he said. “And I’m very satisfied with the tool, it covers 90-99 per cent of what I wanted to achieve so I’m very happy.” added Sergio. 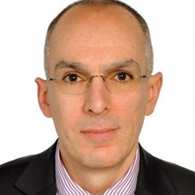 “It was very difficult and time consuming establishing the status of a particular contract, so there was clearly a need to have a workflow that would make the process more transparent and efficient.”

“The efficiency it has brought to the operational part of managing a contract has been very important. It helped us gain time for sure, but transparency, completeness, and accountability have been the main benefits. It’s a fantastic tool.”