In this case study we hear from Ergo CEO, John Purdy as to why this IT Services Provider placed a strong focus on developing IP.

Showcasing FlowForma as one example of a successful product company spin-off from Ergo, FlowForma Managing Director, Neil Young shares the story of how FlowForma was born and his learnings in managing a start up. 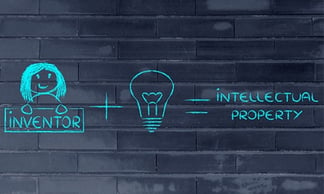 Over recent years leading analysts have highlighted IP development as a critical success factor for technology partners. Ergo is a significant case in point. Four-time winner of Microsoft Partner of the Year Ireland, Ergo started building its own IP as early as 2008 with a product called Fenergo. At that time the company had a turnover of €20m and 140 staff. Today Ergo is an IT Solution Provider with global reach, headquartered in Dublin with 400 employees and turning over €60m annually. It has been successful in spinning out two product companies, Fenergo and FlowForma.

The FlowForma Concept is Born

While working on a software development project in late 2012, Ergo recognised an opportunity to develop a new product from a solution it had created for a customer. Neil Young, Ergo’s Software Solutions Practice Lead at the time and now FlowForma Managing Director, approached the Ergo Board with a proposal to develop IP for a business process management tool that would work on the SharePoint platform.

At this early stage, Young needed to test the market for his FlowForma concept and commissioned market research in the UK and Ireland. “Independent market research was key to us understanding and demonstrating to the board the potential for this IP offering,” he says.

Once the scale of opportunity was proven and board buy-in was obtained, Ergo took a very considered approach to making this new venture work. It was important for the business to see results fast, so it quickly created headspace for this new team to develop its concept. “For us, isolating the product team, to allow them to develop the IP in a ‘lean product’ approach, was critical to the growth of FlowForma,” says John Purdy, CEO of Ergo.

The market research and third-party opinion obtained by Ergo made it plain that a clear customer value proposition would be crucial to product success. Using analysis of the competitive landscape in target geographical and vertical markets FlowForma quickly created profiles of customers for whom its product would add most value. This meant the new company had a strong platform for building the right go-to-market strategy and that its sales and marketing were fully aligned.

“With speed to market a priority, we focused on recruiting the right people into the new incubation. We understood the need for additional skillsets and experts in new fields,” says Neil Young. Ergo’s past experience also led to the appointment of a FlowForma Chairman with previous successes in a similar product industry.

“We are delighted to see partners building and selling solutions based on the Microsoft suite. Our Office 365 Productivity Suite and Azure Cloud Services are among the most recognised and trusted software and computing brands, and it’s great to see how FlowForma has harnessed these platforms to create their workflow development tools, helping organisations significantly improve efficiencies.” Kieran Dunne, Applications and Services Business Lead, Microsoft Ireland.

FlowForma soon learned that the channels and skills it inherited from its background in the Ergo services business were not going to be sufficient in building brand awareness or lead generation for a product proposition. Because of this FlowForma contracted market and partner channel specialists in the UK to help with partner channel strategy and vertical marketing advice.

Realising that self-investment and government funded market access grants from Enterprise Ireland wasn’t going to be enough, FlowForma decided to seek additional external funding. “You need to look at all the funding options available to you and scrutinise its best uses,” says Neil Young. “We invested a significant chunk of our funding in consultancy services from Gartner, which is now an invaluable research partner. This relationship wouldn’t otherwise have been possible.”

Legal issues have also proved important. FlowForma discovered that investors want to look at the IP portfolio and that all contracts needed to be conducted with the utmost rigour. “This has been a very valuable process,” said Neil Young, “and we are confident not only that our IP is protected but that we are attractive to future investors.”

The FlowForma product was officially launched in May 2013 and incubated within Ergo, finally becoming a separate entity in early 2016. Headquartered in Dublin, with offices in London and Lithuania, FlowForma employs 30 people. Its Business Process Enablement product is now used in over 60 organisations across Europe and North America. With IP core to its business, FlowForma also empowers its system integration partners to take the FlowForma product and develop verticalised IP on Microsoft Azure and Microsoft Office 365.

“IP has allowed Ergo to build a culture of innovation. We are now concentrating on building the next product. Creating IP has helped us retain talent, create intrapreneurs and increase shareholder value. Our first spin-off Fenergo was bought by a US private equity company at a value of €75m after five years, while FlowForma, which was spun out in early 2016, is valued at €4m.” John Purdy, Chief Executive Officer, Ergo.

The FlowForma IP build was not Ergo’s first venture in IP building. In 2008 the company incubated Fenergo, a client on-boarding solution for the banking sector. Fenergo’s recent successes include securing funding to accelerate its global footprint. A standalone business since 2010, Fenergo is headquartered in Dublin with offices in North America, UK, Asia Pacific and UAE.

“It was from Fenergo that we gained invaluable learnings which were very much key to the success of the FlowForma IP and its spin-off as a company,” notes John Purdy.