A Customer Complaint Form is currently being developed for company-wide use and there are plans to integrate Power BI for better reporting. 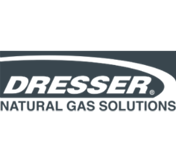 Headquartered in Houston, Texas, Dresser Natural Gas Solutions is a leading provider of measurement, piping, and instrumentation solutions to natural gas distribution and transmission customers in more than 100 countries. When the business was acquired and divested from a larger group, it had a brief window of time to set up its own IT systems.

Part of the challenge was migrating legacy document processes that were key to the company’s engineering operations. Imelda Bettinger, SharePoint Developer at Dresser Natural Gas Solutions, explained: “We had 4-6 months to replicate what we had before and needed a process automation tool that we could implement quickly due to the time constraints.”

Microsoft Office 365 was chosen as the platform to begin the rebuild and the FlowForma Process Automation tool as the best application for process automation. Bettinger saw an opportunity, not just to replicate old processes but to leverage FlowForma Process Automation’s no code capabilities to build something better. She wanted non-technical users to be involved in creating their own processes and a simpler interface that would encourage more employees to engage with workflows.

Speed was of the essence, not just in implementing a solution but in the ongoing development of processes. Imelda Bettinger liked that FlowForma Process Automation ticked both boxes. Installation took just 30 minutes and she immediately had a process automation solution that was fully integrated with Microsoft Office 365, including SharePoint, which was used as the company’s document repository.

She built her first workflow as part of FlowForma’s SureStart programme and completed it in 30 days. The timeframe involved getting up to speed with new ways of doing things, according to Bettinger, understanding the roles of the different fields and values. Subsequent ‘flows’ have taken just two days to build, test, and launch.

The priority was replicating four ‘code-heavy’ legacy workflows for the manufacturing and engineering departments, document-driven processes that had a number of approval steps. The goal was a 50/50 split between mimicking old processes and adding new features and functionality. In the case of an IT Change Management Process, the ticketing system was refined to make it auditable, not just capturing changes but showing who approved them.

FlowForma Process Automation’s fast build proved particularly useful when Covid-19 struck and homeworking became essential. An Equipment and Software Request Form was created which employees were able to fill in online and submit to the company’s help desk. Monitors, mice and keyboards would be ordered and arrive at employee homes within two days.

The fundamentals of document processes are often quite simple and repeatable, which means elements of each new workflow could be re-used by other parts of the business. In the case of the newest flow, a Customer Complaint Process, it started out in two divisions, but the plan is to eventually roll it out across the company.

Fast deployment, seamless integration with Microsoft Office 365, and ease of use have been the three principal benefits of FlowForma Process Automation. Collectively, they add up to cost savings and increased efficiency for Dresser Natural Gas Solutions. Changes to documents are made more quickly because end users are comfortable working with a familiar interface in SharePoint; task lists are completed and approval emails sent without people having to be constantly prompted.

FlowForma also facilitates continuous workflow improvement, something that was hard to achieve before. “The old processes took years to build and if our team needed a change, a request would be made and it would take a month before it was decided if it could actually be implemented,” said Imelda Bettinger. “Now we can build one part of one section of a new solution, get immediate feedback from the user and move on to the next piece.”

The impact of FlowForma Process Automation has helped change the culture of the company and given it a fresh impetus. “We like to think ourselves as a 130-year-old start-up,” she said. “We are able to come up with solutions from scratch using new tools and ideas.”

The Document Controller no longer has to keep the manual logbooks she used with the legacy processes, record numbers are now auto assigned, saving 15 percent of her time. Information captured around process changes and approvals are all in one system which makes it easy to generate reports using Power BI.

Early built workflows provided examples to other departments of how FlowForma can benefit processes, which has led to widespread adoption of the solution. “People are embracing FlowForma Process Automation and coming up with their own ideas,” said Imelda Bettinger. “When I see the similar types of questions coming into my inbox, I know there’s a demand for a new workflow.” 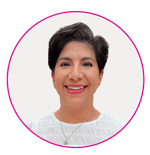 ‘‘ The old processes took years to build and if our team needed a change, a request would be made and it would take a month before it was decided if it could actually be implemented."

"People are embracing FlowForma Process Automation and coming up with their own ideas. When I see the similar types of questions coming into my inbox, I know there’s a demand for a new workflow.”