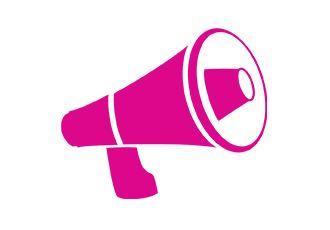 This article was written by Elaine O'Regan and published in the Sunday Business Post on 13th Dec 2015.

The Dublin start-up, FlowForma, will create 20 jobs within 18 months on foot of a spate of health-tech contracts with Britain's National Health Service (NHS).

FlowForma secured its first NHS client, King's College Hospital in London, eighteen months ago. Its software has since been rolled out to ten British hospitals, where it is being used for staff review and appraisal processes.

FlowForma was established in 2012 as a division of Dublin-based IT firm Ergo, but was spun out as an independent company earlier this year. It has developed a business process enablement tool that allows business analysts and consultants to build out their own processes, rather than rely on software developers.

“It can be used for simple forms and workflow for performance review appraisals, to HR forms to finance forms, like capital expenditure, up to more complex processes such as new product development,” said Neil Young, Managing Director of FlowForma.

The tool is used by 50 companies in the Healthcare, Construction, Healthcare, Fast Moving Consumer Goods and Professional Services sectors. One quarter are based overseas.

Young said the NHS would play a pivotal role in the company’s plans for the British market, where it has signed up six channel partners.“We’re working with several partners within the NHS, and we have another 30 hospitals in the pipeline we’re working on, that will take six to 12 months to roll out,” he said.

FlowForma’s turnover for the current financial year will be €1.5 million, according to Young. “Our revenues last year were €750,000 and we’re at double that this year,” he said. “The majority of our exports are to the British market. We work with technology partners on the ground there that have established relationships. We convinced them that our software was the software to use, and then they rolled it out to the different hospitals they have existing connections with.”

FlowForma has offices in Dublin, London and Boston, and employs 30 people. The company won the Best Office 365 App at the European SharePoint Community 2015 Awards in Sweden earlier this month.