To Rejuvenate An Old Process Or Start From Scratch? 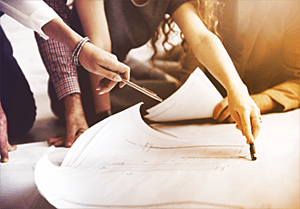 Let's set the scene first, to ensure we're all on the same page...

You have in front of you a process flow that's been in use for a period of time, and you've identified a bunch of things to improve. You have the requirements, so what's the next step?

In this blog post I'll look at an example, and based on that you'll hopefully find it easier to decide if you should modify the process or build a new one, next time this comes up.

How Significant Are The Changes?

I often use LEGO to describe how flows are implemented. It’s easy to understand, because it’s easy to relate to, so let’s look at the example below. Imagine that your first build is number 4 on the left-hand side.

It’s an incomplete ambulance, but it’s built to perfection. It does exactly what it's supposed to do – it just doesn’t drive, as you never added any wheels. If what you want is to add wheels and get a complete ambulance with a little trailer, then you’re adding to the existing build.

Now imagine that we start off with the same incomplete ambulance, but your new requirement is to turn that into a firetruck. In this case, you won’t be able to reuse everything from your current build.

If you look at the desired end-result, it doesn’t look that much different from what we have right now, but once you start comparing, you’ll notice you actually need to go back to the very beginning to make some changes, or else you’ll never reach the correct result.

Try to remove a brick here and there and see if you eventually end up with a firetruck. Chances are that you will, but there might be a bug or two, and it might also take a significant amount of time to get the work done – possibly even longer than starting from scratch.

So, How Will I Know?

In the example of the ambulance versus the firetruck, the quick answer is to start from scratch, but there are other things to consider...

If you start from scratch, you need to remember that you'll end up with two process flows, and hence also two sets of forms - one for the old process flow definition and another for the new one. Whether that's a problem or not, depends on how you answer the questions below:

If all old forms can be completed quickly, it won't take too long before it's back to normal with one set of forms. If this is not the case, you'll have people move between two sets to use the old and the new version of the process.

That gets annoying rather quickly! If people rely on search or email reminders to get to the steps relevant for them, they won't really notice that it's two sets of forms instead of one, so think about that as well.

What about the old forms? When a form is closed, is that it? Or do you need to go back to the actual form again and again? If the latter is the case, it's also important to find out how people will get to those forms.

The above is all based on a perfect world. A world in which you have clear visibility of what was built and how people access forms. Unfortunately, that doesn’t always reflect reality, and you might find yourself in a situation in which you don’t have the little LEGO booklet that told you exactly how the process flow was built.

Now What Do You Do?

Thankfully with FlowForma Process Automation its built-in Flow Designer allows you easy access to all the process flow components, so it’s never too late to analyze and document. We can also help you with this, as we have lots of experience with this, so get in touch if you are unsure of what to do.

Interested in finding out more? Arrange a demo with one of our product experts to learn more, on how you too can transform and continuously improve your internal business processes with 100% no-code process automation.