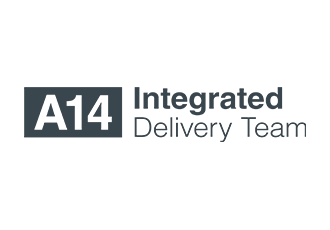 FlowForma®, the leading provider of BPM tools for Microsoft Office 365®, today announced that the A14 Integrated Delivery Team (IDT), have moved their processes online using the no code FlowForma BPM tool to reduce the amount of time-consuming, paper-based processes on site.

The A14 is a stretch of road between Cambridge and Huntingdon in the South East of the United Kingdom, which has long been due an upgrade. Notorious for traffic congestion, it is used by almost 85,000 vehicles every day, with around a quarter of these heavy goods vehicles.

The £1.5 billion redevelopment of the road is a joint venture between Costain, Skanska, and Balfour Beatty. However, the project encountered many logistical challenges around business processes, as there was a huge volume of paper in the system, documents inevitably got lost and mistakes were made. An alternative to paper-based processes was high on IT Manager James Morgan’s list of priorities, “The adoption of IT is quite poor in construction. We still rely on a lot of paper-based processes, people having to meet face-to-face and share documents to get things done,” he explained.

After considering several products, James discovered FlowForma BPM. The decision was made quickly, as it met all the requirements: it was built on Microsoft SharePoint®, required no coding skills, and it maximized their existing investment with Microsoft. To get quickly up to speed, he took advantage of FlowForma SureStart, a four-step onboarding program, while also staying in touch with the FlowForma Customer Success team for further advice.

To date, James has developed 24 ‘flows’ - primarily electronic forms that overcome the challenge of bringing together disparate teams of six or seven stakeholders to sign-off on requests. The ‘Permit to Dig’ process, for example, is a typical approval request procedure that used to involve downloading a document, filling it in, and sharing it with the team. In FlowForma, it’s become a fully automated electronic process.

By automating their processes and cutting down on paperwork, the A14 Integrated Delivery Team have seen a vast increase in efficiency and accuracy. This is further demonstrated with the mobile access feature within FlowForma BPM, “You can complete processes much quicker and with mobile access you’re enabling people in the field to work on forms from anywhere – you’re not waiting for someone to get back to their desks,” said James. Having already seen the benefits first-hand, James is looking to extend the use of FlowForma BPM across the entire business project, labelling it as “a potential game-changer”.

“A complex project such as the redevelopment of the A14 can lead to several transparency and accuracy issues, due to the vast amounts of paperwork floating around. The ramifications can be severe, so having a cost-effective and quick solution was paramount to James Morgan and his team. We are delighted to see that the A14 IDT benefited from our SureStart program, which gives new customers the extra guidance they require to quickly implement their BPM needs.” said Neil Young, Chief Executive Officer, FlowForma.